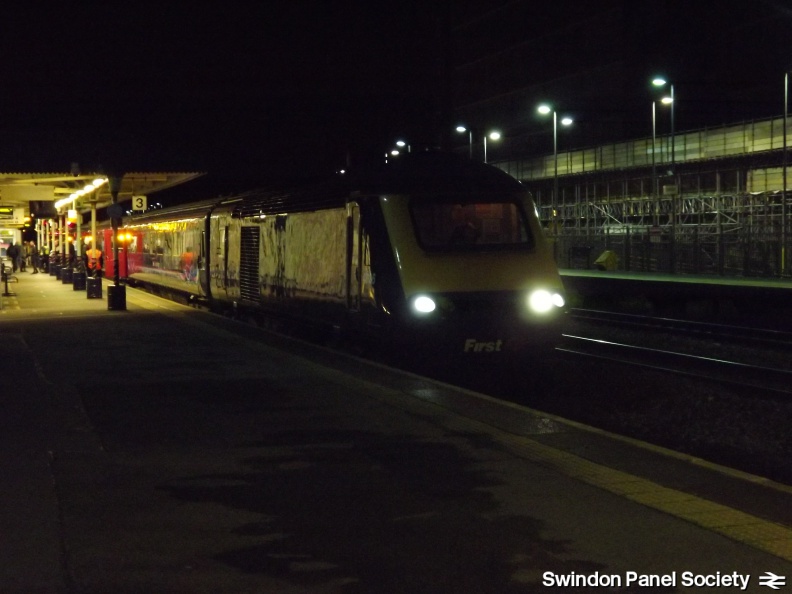 The late running 1C36 Paddington - Cardiff was the last train to depart a freezing Swindon station before the sigalling was decomissioned, in the early hours of Saturday 21st November 2015.

The train departed approx 13 mins late and diverted to run via the up main owing to the earlier track circuit failure near Bourton.